Yin, Yang And Why The Dum Spiro Spero Background Ain’t So Different
- By while i breathe i hOpe 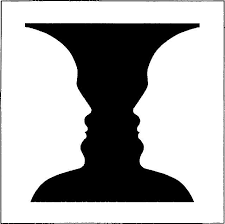 Listen Instead Of Read
The Only Blog That Talks 👄

@ dumspirospero.world we aim to be a little different, not purely for the sake of being so but more because sometimes sameness can become a tad bit boring … This is why we’ve decided to opt for white text on a black page background as the default web design for this website! Though our thoughts on this are also practically based. We very much wanted Dum Spiro Spero to embrace the masculine as well as the feminine (and lets put political correctness to one side) – a lot of spiritual and tarot / angel card reading websites are indeed visually very feminine.

After pondering the best design colours for this website we became certain that we wanted to keep the colour palette very neutral and initially we were going to simply keep the text and background colours very standard and uniform – black text on a white background. We were also aware of the fact that sellers need to be able to communicate their services and products not only via photographic representation but also by (optionally) using mp3 snippets and brief videos and placing the said media within their service or item listing.

Have you ever clicked on to YouTube @ night only for your eyes to be the recipients of an unpleasantly intense white daze!?! White website backgrounds really do cause eye fatigue and it’s a shame that this is the default colour scheme chosen by the internet giants of these times. We are however aware that some people won’t particularly like the black background bearing white text – but this hasn’t impeded our design choice because there are many different browser add ons, such as Hacker Vision app which you can quickly install such as via Google Apps or Colour That Site for Firefox – if you don’t know or don’t use an add on like these, they simply invert the page backgrounds, so for instance this site will appear as black text on a white background!

So it starts to become obvious why we decided to present this website with a black background housing white text throughout! It has nought to do with witch craft or black cats or black magic/k (all magic/k falls within the boundaries of different shades of grey). Nope it’s purely a design choice based on soothing tired eyes …

The late great scholar of the esoteric Alan Watts, said it so well …